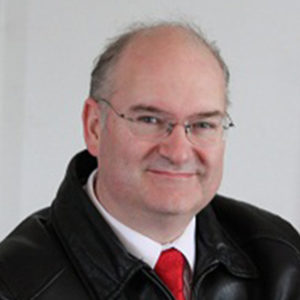 Martin Powell is a musician, teacher of God’s Word, author, TV host and businessman. He was born in London, England. He grew up in Nottingham where he studied music— specializing in the clarinet. He then went on to study at the Royal Academy of Music in London.

Martin saw all of his life's ambitions starting to come to pass at the age of 21. Practicing 6 to 12 hours per day, he wanted to become the world's best clarinetist. He won many prizes at the Royal Academy of Music, and later International prizes. Traveling the world, Martin gave over 20 World premieres, including sonatas written exclusively for him, and even a piece written for the Queen of England.

Martin Powell came back to the Lord at the age of 21 during the blossoming height of his music career. Being passionate to know God, and being obedient to the calling of the Lord, he sacrificially laid down his clarinet in order to get to know the Lord and study His Word, which he has studied intensively for over 30 years, earning a PhD in Theology in 2015.

After laying down his clarinet, the Lord then took Martin into business, inspiring him to believe for a three story building in the downtown London, which the Lord gave him when he was penniless. The building served as a music store (1 level), the church (2 level) and Martin’s home (3 level)

In 1993 Martin founded a church called New Haven Fellowship, which he pastored for 17 years. This led to many preaching engagements across the wide spectrum of denominations and independent churches. His preaching has also been transmitted on the Gospel Channel through the Sky Satellite Network.

In his studies and quiet time, God gave Martin a unique revelatory insight on the subject of money. Based on this revelation and being instructed by the Lord, Martin Powell wrote the book called “Money Matters: in My Kingdom”, which is endorsed by many great men of God, like Lt. General (R) William G. Boykin and Rick Joyner PhD. Rick Joyner endorsed the book as “the best book he has ever read on secular or Christian finances”.

Martin has incredible testimonies using the gift of faith

In 2010 Martin left the U.K. to be a part of MorningStar Fellowship Church. Through a series of divine circumstances and by Martin giving gold away to the poor, God gave him a Gold and Silver business in 2012.

Kingdom Talents Gold & Silver Investments is a rapidly growing business that manufactures and offers gold and silver bullion with original Biblical artwork. By transferring wealth into the precious metals, Kingdom Talents mission is to help protect the wealth of the church and its people for these uncertain times.